Dorinda Medley may not be done with The Real Housewives of New York City after all.

In a couple of new posts shared on Instagram, Dorinda, who confirmed her exit from the Bravo reality series at the end of last month, has revealed that when it comes to her potential return, she “could be back,” and seemingly confirmed that her departure was not her decision.

“I will miss you terribly on the show. Not going to watch any longer as you were the only one I enjoyed,” a fan wrote to Dorinda in the comments section of one of her latest posts.

“I could be back you never know,” Dorinda replied to the fan, along with a pink hearts emoji. 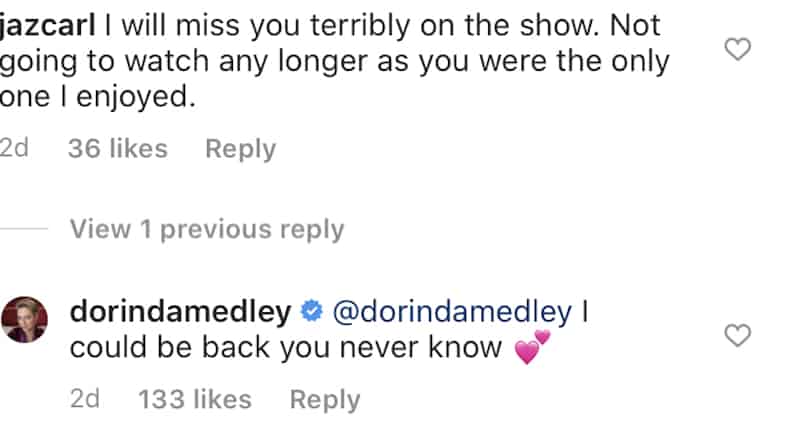 In a second post shared on Instagram, Dorinda appeared to confirm that she was fired from RHONY by reacting to a meme that suggested there “were other Housewives more deserving of getting fired than Dorinda” and said The Real…

Dorinda Medley recently made a surprising statement about her potential return to ‘Real Housewives of New York City’ on Instagram. See what she said about a comeback and how she reacted to a meme about her being fired from ‘RHONY.’