The Carousel of Hope Ball is traditionally held every two years in Los Angeles, California at the Beverly Hilton Hotel, but this year of course proved different.

For the first time since its inception in 1978, the 34th annual edition of the starry fundraiser gala went virtual, welcoming celebrities including Gwen Stefani and Blake Shelton, George Clooney, Oprah and Tom Hanks via video meeting on Saturday night.

The event, this year hosted by Jay Leno as the master of ceremonies, has to date raised over $110 million dollars towards finding a cure for diabetes.

Performers: Gwen Stefani and Blake Shelton performed for The Carousel of Hope Ball on Saturday night 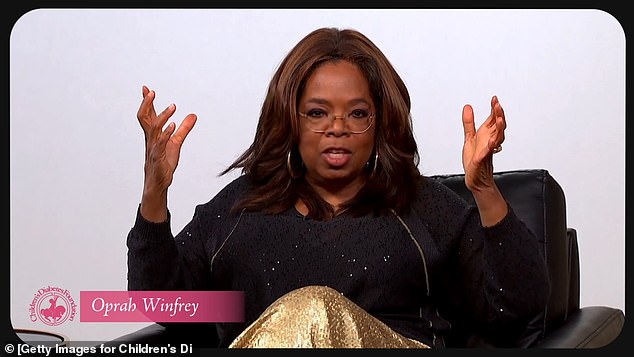